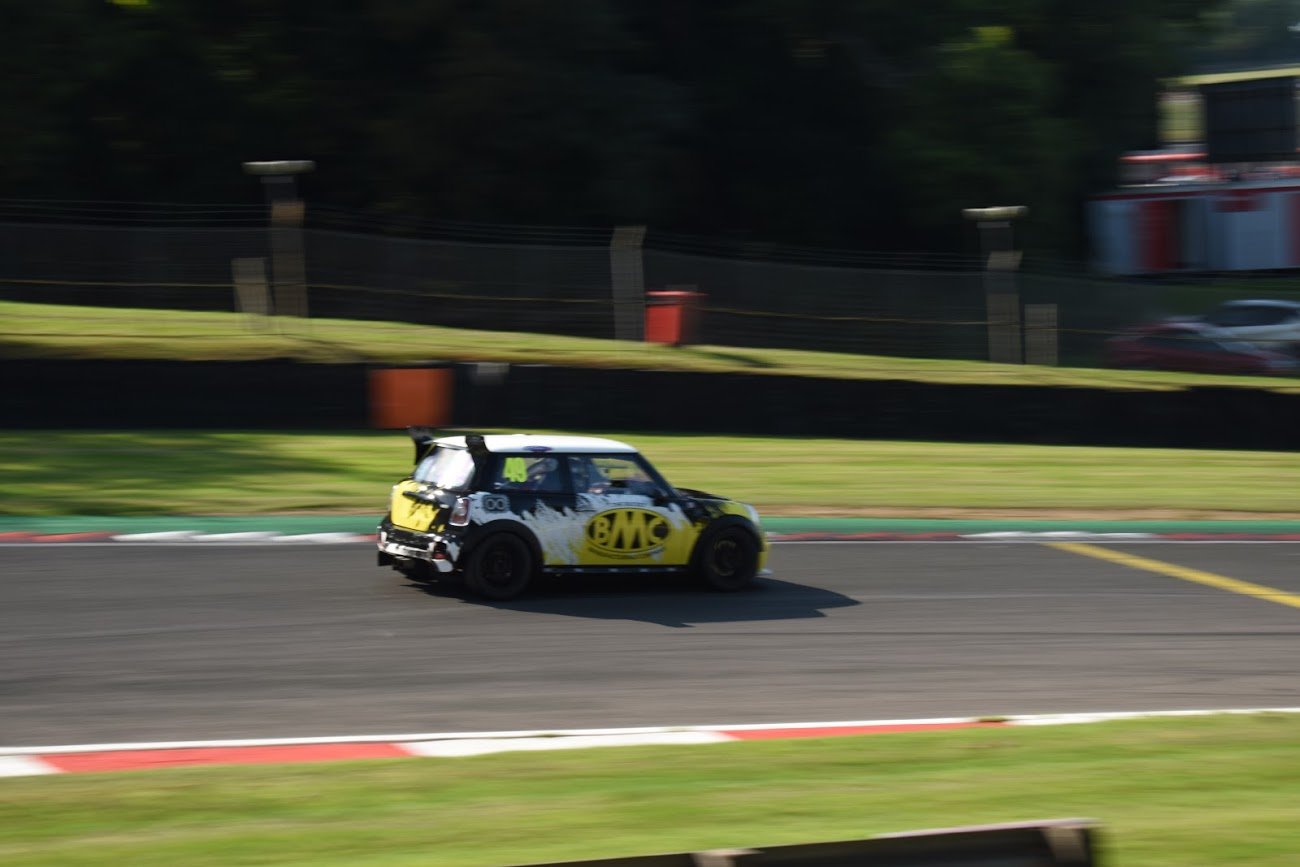 For our report on our Brands Hatch race we can do no better than use our new driver’s offering.

Shields Bergstrom did a really good job for the Team with masses to learn about the car and the circuit both of which he encountered for the first time. There were times I was concerned he was getting close to ‘information overload’ but he handled everything that was thrown at him. Technically we had a trouble – free event. The engine was strong with the heat control ceramic coatings working well, we continue to develop this innovation with our technical partners, TAC Coatings and expect eventually to have treated every component from induction to exhaust. Sean had the responsibility of bedding in new front discs and tyres before handing over to Shields to do the bulk of practice and qualifying. Tyres were again the centre of attention as the unusably high temperatures continued to climb throughout the day. Our tyre man, Nic Hart was totally engrossed and as happy as a dog with two tails getting to know the new digital pressure gauge we had got for him! For the race I thought the pressures were set too high but on checking post-race it was clear Nic, in consultation with Nigel had got it just right.

An incredible race weekend at Brands Hatch. The weather was phenomenal and Woodard Racing was on point.
My first chance to drive the track AND the car was in qualifying (Talk about being thrown into the deep end of the pool). Qualified 4th in class and 8th overall out of 22 cars in the field.
Not too bad considering I had to learn the track, learn the car AND learn how to operate a car with the controls on the wrong side!
Picked up 3 places in my stint during the race and was closing in the lead pack, but had an issue with engine temperature that caused a loss of power and required an early pit stop to sort the issue.
Sean Woodard took the second stint and charged back up through the field with some truly epic moves on the competition, but the car used more fuel than expected in the race due to the overheating issue and Sean had to back off and come into the pits or risk of running out of fuel in the race. A podium finish was definitely possible looking at pace, lap times and length of the race. Sean drove incredibly well and my lap times continued to plummet the more time I got in the car. From first lap to last lap never went slower (aside from traffic).
The finishing position DOES NOT reflect the amount of effort that was put in by the entire team to be competitive in the race and how well the car was prepared. Credit where credit is due, everyone on the team was on point on Sunday.
I’ll upload more photos and some in-car video for all of you this week.
Thanks for all of your support and on to Thruxton!!!!
(Photos by Amy Bergstrom)